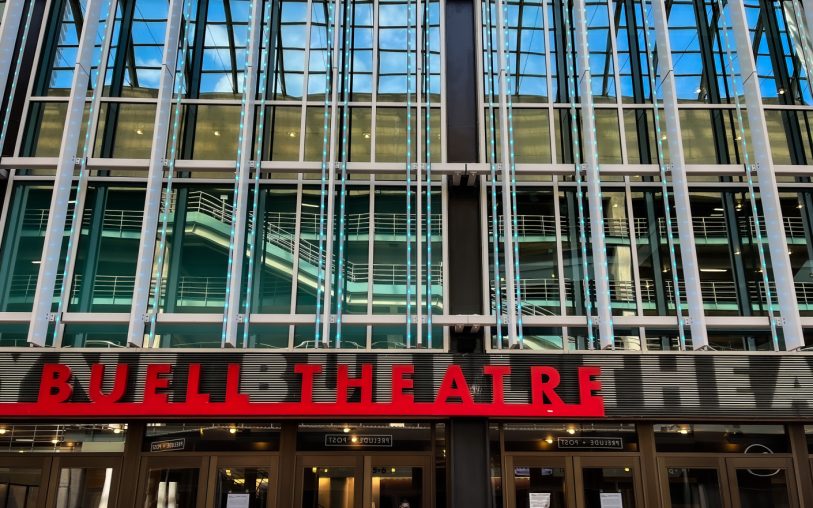 Join us for this in-person Doors Open Denver 2022 Insider Tour at the Denver Performing Arts Complex. One tour date is available:

About the tour: Step inside the Temple Hoyne Buell Theatre, the go-to Denver venue for Broadway tours. The Buell was designed specifically to support large-scale performances and flashy effects, down to the choice of sandstone interior walls to support amplified performances. The renovated theatre opened in 1991 inside the renovated shell of the City’s Auditorium Arena, once the home of basketball games, wrestling matches and rock concerts. Go behind the scenes to explore how the The Buell provides a special experience for audience members in each of its 2,800 seats .

About the Arts Complex: The Denver Performing Arts Complex is one of the nation’s largest and most diverse in terms of venue sizes and types. It hosts performances ranging from classical orchestral music to touring rock and pop, ballet to modern dance and Broadway tours to immersive media/performance. The ten separate performance spaces are united by a single outdoor lobby, the Galleria.

Accessibility: As the tour may enter into behind-the-scenes or on-stage areas, certain elements of the tour may be wheelchair inaccessible. Opportunities for rest on this 90-minute walking tour will be limited.