About the tour: Located in the heart of 40 West Arts District, Rocky Mountain College of Art + Design is a designated historic district on the National Registry of Historic Places. The tour not only showcased the remarkable and varied architecture of the campus, built from 1904 through the mid 1950s, but also shared more than a century of history of activities on and around this unique venue—including a vaudevillian stage where Bob Hope once performed, numerous art galleries with exhibits from students and faculty and a peak into the connecting tunnels underneath several of the classic buildings.

About the site: In the early 1900s the growing Jewish community along West Colfax saw an influx of immigrants from the east coast seeking treatment for tuberculosis in Colorado’s dry and sunny climate. In 1903, the Jewish Consumptive Relief Society (JCRS) was established to care for these patients, free of charge, in all stages of the disease with a protocol that included prescriptions for fresh air, sun and wholesome food. Buildings at JCRS started with wooden tents on the land just north of West Colfax between 16th and 17th Avenues and Pierce and Kendall Streets. By 1927, JCRS was a self-sustaining campus and had established its basic architectural organization of buildings around a central axis and lawn. The buildings remain largely unchanged from their 1904-1954 state, and since 2002 have been activated by Rocky Mountain College of Art + Design as a “community for creatives” serving more than 1,000 students both on-campus and on-line. 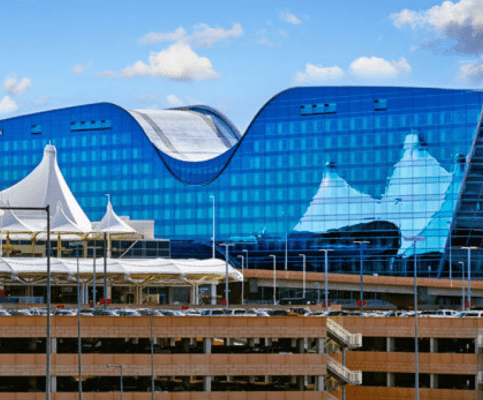