On Tuesday, May 14, 2019, we had a special walking tour of the mansions of the State Capitol area and the Quality Hill district. This tour was led by historian and author Amy Zimmer (Denver’s Historic Homes; Denver’s Capitol Hill Neighborhood; Lost Denver). Participants also received a special tour of one of the neighborhood’s architectural gems, the Croke-Patterson-Campbell Mansion, known today as the Patterson Historic Inn.

Capitol Hill in the late 19th and early 20th centuries boasted some of the West’s finest mansions. At the time of the Capitol’s construction, wealthy Denverites decided that Capitol Hill was the place to be. Denver’s earliest houses were clustered around Cherry Creek and Auraria. In the 1870s, after Governor John Evans built a house at 14th and Arapahoe, wealthy Denverites followed suit, building a Millionaire’s Row of impressive Italianate and Second Empire houses along 14th Street. Wesley Smith, an early Capitol Hill landowner, oversaw construction of a City Ditch that would bring water to the neighborhood, leading to lush lawns, trees and parks. In the 1880s and 1890s, anybody who was anybody sported an address on Lincoln, Grant, Sherman, Logan, Pennsylvania or Colfax. Today, Capitol Hill’s architecture has evolved, but a number of these mansions still survive. 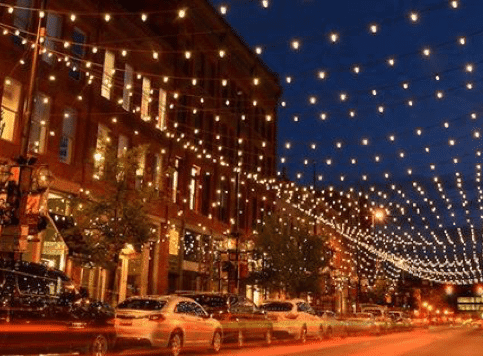