Why do you think this church is significant on the Auraria campus today?

St. Cajetan’s Church, designed in the Spanish Colonial style by architect Robert Willison, was completed in 1926 to serve the Auraria neighborhood’s Hispanic population.  Auraria is the oldest continuously occupied neighborhood in Denver, with the buildings now occupied with campus offices. In the early 1900’s, Hispanics from Southern Colorado and New Mexico began to settle in the neighborhood, primarily attending church at either St. Elizabeth’s, a predominantly German Parish at the time, or St. Leo’s, a predominantly Irish Parish at the time. In the 1920’s, the congregation submitted a petition to the Bishop requesting a Hispanic Parish. In 1922, Hispanic masses began in the basement of St. Leo’s. As the Hispanic population increased, the congregation participating in these masses grew steadily and the desire for their own church increased (St. Cajetan’s Church State Historical Fund Grant Application).

History
In 1923, members of the congregation and leaders of St. Leo’s approached John Kernan Mullen in the hope that he would allow the Hispanic congregation to use his old home in the Auraria neighborhood for masses. Mullen was one of Colorado’s most successful flourmill entrepreneurs and a generous philanthropist in the Denver area. Mullen had helped to build St. Leo’s, and eventually had left his home in the 9th Street Historic District to build a Capitol Hill mansion. Mullen donated his home as a new home for the Hispanic congregation and for almost two years the small home was used for Hispanic mass services. In October 1924, the congregation broke ground for a new church. By January 1925, the basement was complete and more funding was required to complete the remainder of the building. Mullen donated much of the money required to complete the church in 1926. In 1926, the congregation selected Robert Willison, the architect for St. Dominic’s Catholic Church in Denver and Sacred Heart Catholic Church in Alamosa among other projects, to design a Spanish Colonial style church. Completed late in 1926, the church served the steadily increasing Hispanic Catholic population until 1973 when the building was incorporated into the AHEC campus (State Historical Fund Grant Application).

Structure
The architectural style of St. Cajetan’s Church is Spanish Colonial and the building is approximately 17,047 square feet. The building’s exterior features include large round-arch stained glass windows, profiled parapets at the gable ends, corner towers, and a clay tile roof. The exterior walls are of masonry construction covered with stucco on the exterior. In the basement there is a computer lab and support functions for these spaces. The first floor is occupied by the main auditorium space. Renovation of the interior has been accomplished while retaining the original historic character of the building (State Historical Fund Grant Application).

The building was designated a Denver Landmark in 1970. The period of significance is from 1926, the date of construction, to 1973, when its use as a church was discontinued. The area of designation includes the building and property. The building is significant for its association with the development of the Auraria neighborhood.

Desiring to retain the historic church, parishioners and preservationists worked together to save the building from demolition by the Denver Urban Renewal Authority who, in the late 1960s and early 1970s, was demolishing many of the area’s buildings to make room for the campus (State Historical Fund Grant Application).

Architect
Robert Willison was born in Scotland and came to Denver in 1890. He worked as a draftsman for Robert S. Roeschlaub and John J. Huddart before joining the firm of Frank E. Edbrooke as an architect in 1896. Appointed by Mayor Speer, Willison served as City Building Inspector and Architect from 1904 until 1910. He is best known for designing the Denver Municipal Auditorium (1908). He was a member of the Colorado chapter of the AIA and also served on the State Board of Architectural Examiners from 1909 to 1912 (Robert Willison: Colorado Architects Biographical Sketch).

Willison married in 1895 and had three sons who all graduated from Denver’s East High School. He suffered a heart attack and died at his home on July 3, 1935, and is buried with his wife, Anna, in Fairmount Cemetery (Robert Willison). 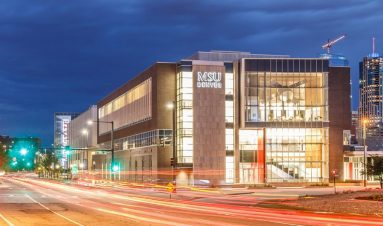 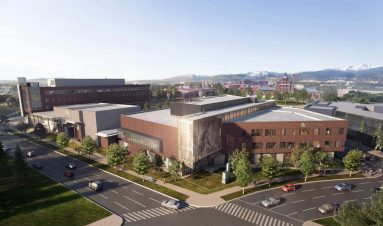 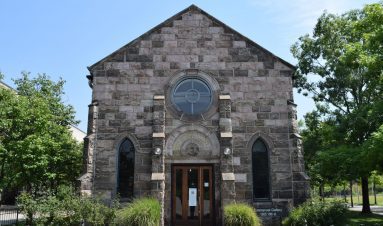 Located at what was once the corner of 10th and Lawrence Streets in the middle of the Auraria Camp...